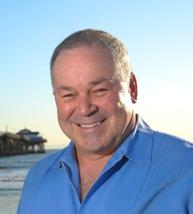 Mr. Meyers got his first taste of the courtroom while working as a bailiff for the Orange County Sheriff’s Department while he put himself through law school. In 1976, he began his legal career as an associate attorney at Moore, Graves & Madory where he practiced insurance defense for Farmers Insurance and focused his practice on auto accidents, premises liability, dog bites, construction accidents, and wrongful death actions. After several years, Mr. Meyers and two of his work associates opened Cummings, Kemp & Meyers where he continued to practice insurance defense and was able to represent plaintiff’s in personal injury actions. After leaving CK&M, he became a solo practitioner and has represented exclusively Plaintiffs as a trial lawyer throughout California for the past 26 years.